“#BeHumanKind: Believe in the power of kindness” was the theme for this year when we celebrated the Red Cross and Red Crescent Day on 8 May 2022.  As we reflect on kindness, we wish also to remind ourselves of how Thailand became a member of the International Red Cross Movement.

Since its inception in 1893, the Thai Red Cross Society has pursued a humanitarian mission to provide medical care and social welfare support to those in need. The Society was born from the conflict between Siam and France over the Left Bank of the Mekong River, resulting in a number of injuries and fatalities. At the time, there was no organization to provide assistance or relief for the casualties. Thanphuying Plian Phasakaravongse, a lady of the court, urged Thai women to raise funds and collect items, such as medicines and medical equipments, which could be sent to help the injured soldiers. Lady Plian thought that there should be an organization to care for them and affected civilians in the way that the Red Cross was doing and proposed the idea to Queen Savang Vadhana, who submitted it to His Majesty King Chulalongkorn. The King approved and commended the relief efforts as “a good initiative that was suitable as a national role model.” He granted permission for the establishment of the “Red Council of Siam,” the predecessor to the Thai Red Cross Society, on 26 April 1893. His Majesty also donated personal funds of 80,000 baht to help launch the first fund-raising for the “Red Council of Siam,” together with an official statement declaring that “my life and property are united with Siam.” This statement was closely followed by royal permission for a palace to be used for the construction of a Red Cross Council Hospital in June 1893.

Once the conflict between Siam and France came to an end, His Majesty King Chulalongkorn asked one of his sons, Prince Nakornchaisri Suradech, to develop and institutionalise the Red Cross Council of Siam and hospital as a permanent organization to further its humanitarian mission. His Majesty sadly passed away before the project was completed. His Heir, King Vajiravudh, together with his siblings, saw the project through by making donations to the existing Red Cross Council Fund to build a hospital on the King’s private property on Rama IV Road. Prince Nakornchaisri Suradech supervised the construction of this hospital. The King Chulalongkorn Memorial Hospital, Thai Red Cross Society, as it is known today, continues to be one of the country’s best hospitals with state-of-the-art medical facilities to serve the general public. 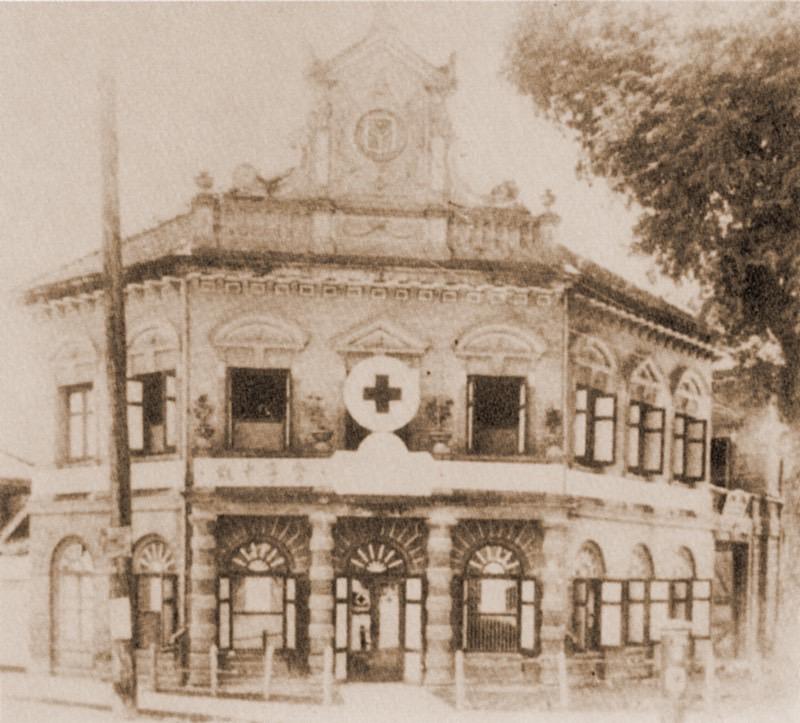 When asked about what comes to mind when they hear about the Thai Red Cross Society today, most people would think of it as a charitable humanitarian organization. Starting from medical care for wounded soldiers and civilians during war time, the Thai Red Cross Society has since expanded to include many other missions especially since Her Majesty Queen Sirikit, the Queen Mother, assumed the presidency of the Society in 1956.

Her Majesty Queen Sirikit is devoted to the humanitarian mission of the Thai Red Cross Society. In May 1979, when tens of thousands of Cambodian refugees fled into Thailand’s Trat province, she rushed to Trat to view the situation firsthand. Then, in her capacity as President of the Thai Red Cross Society, and against the government policy of the time, she established the Khao Lan Thai Red Cross Centre to provide shelter, food, and medical care for the refugees, which became their refuge for many years, until peace returned to Cambodia in 1991. 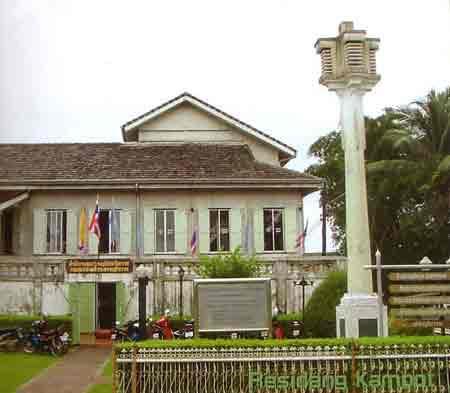 In addition to humanitarian assistance for refugees and displaced persons, the Thai Red Cross Society also provides other services to strengthen Thailand’s public healthcare. The government has assigned the Society to be responsible for the National Blood Centre. Thai Red Cross officials and volunteers also pack relief supplies to victims of natural disasters whenever they occur.

During the COVID-19 pandemic, the Thai Red Cross Society played an active role in the national vaccination drive. In joining the national vaccination campaign, the society consistently encouraged everyone to get vaccinated as soon as possible, Thai nationals and foreigners alike, including migrant workers and other vulnerable groups in Thailand, in line with the government’s policy of “leaving no one behind.” As of May 2022, the Thai Red Cross Society has administered 1,816,316 doses of COVID-19 vaccines, free of charge, which cover migrant workers, as well as displaced persons on the western border of the country, underscoring Thailand’s long humanitarian tradition. 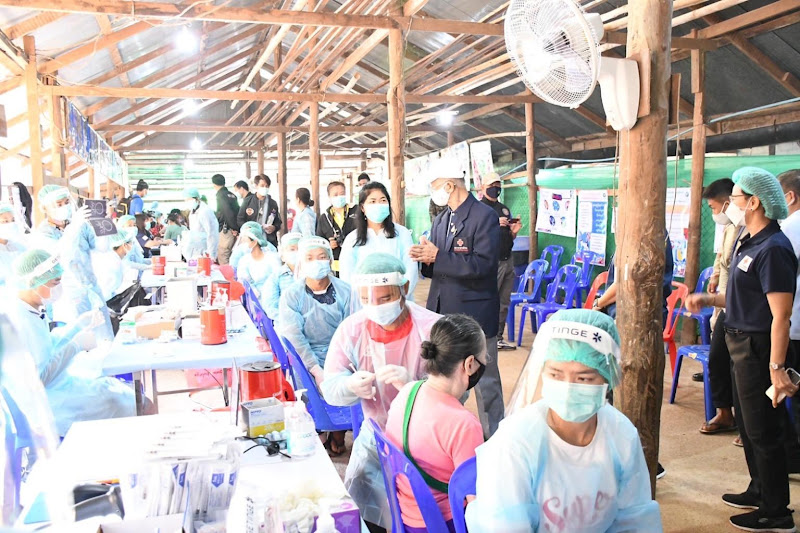 In addition to the vaccination drive, Thai Red Cross officials and volunteers open community kitchens in various parts of the country. The aim is to alleviate people’s hardships from the pandemic by setting up temporary kitchens in public areas in various provinces in a continuous effort to distribute aid to as many people as possible.

“…The mission of the Thai Red Cross Society is not only to assist people in society who should receive assistance, but is related to assisting people who are in distress in general, whereby work is truly undertaken for humanitarianism. We see it as the duty for all human beings to help their fellow human beings and those who work at the Thai Red Cross Society understand this mission very well…”

Words spoken by Her Royal Highness Princess Maha Chakri Sirindhorn, who has served as the Executive Vice President of the Thai Red Cross Society since 1977 and has continued the Society’s legacy of humanitarianism, especially the sense of duty and compassion towards fellow human beings, and has integrated community service into everyday lives.

As the Thai Red Cross Society under the Royal Patronage of His Majesty the King celebrated its 129th anniversary on 26 April 2022, it continues to expand and strengthen its humanitarian operations and to nurture the spirit of community service with faith in the power of kindness in Thai society. 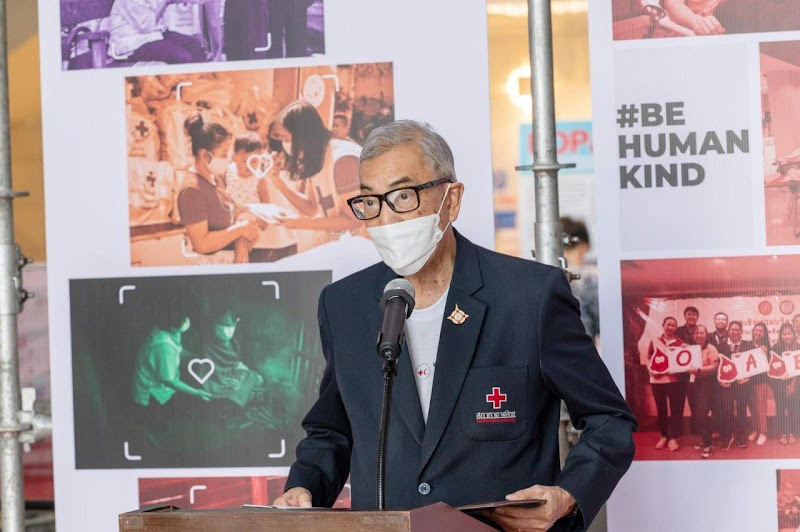 Dr. Tej Bunnag is the Secretary-General of the Thai Red Cross Society and former Minister of Foreign Affairs of Thailand. A former career diplomat, he served as Permanent Secretary for Foreign Affairs, and Ambassador of Thailand at Beijing, Geneva, Paris, and Washington, D.C. He was a Government Scholar and studied history at Cambridge and Oxford University in the UK.